Mistahi was born and raised in Saskatoon, Saskatchewan as part of a poor neighbourhood. He was exposed to common problems that are familiar to most in the working class. Everyday he walked by a homeless shelter to attend elementary school. By the time he made it to high school drugs and alcohol were all around and a problem for the youth. The poverty of First Nations peoples and the rampant abuse by the police left an indelible mark on his consciousness. The police murdered one of his classmates by dropping him off on the outskirts of town on a cold winter's night, a practice known as “a starlight tour."

Mistahi moved to Winnipeg when he was 17 years old and quickly joined the youth and student movement as a senior in high school. Swept up by actions around the demand "education is a right," he and many youth gained firsthand knowledge and experience on how to stand up for themselves together as an organized force.

In his early 20s, Mistahi attended Algonquin College in Ottawa to become a licensed carpenter and has since worked in construction. 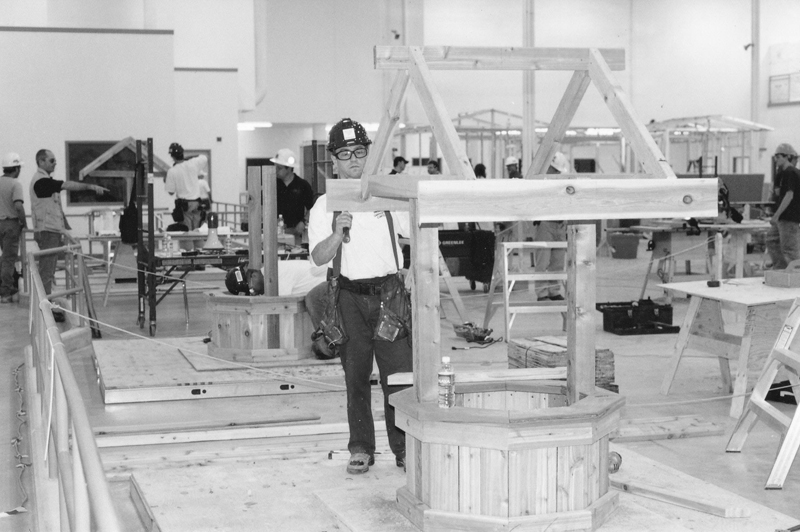 He learned through hard labour what it means to "work for the man." Alongside his fellow workers, a world outlook developed that those who produce the wealth and provide the services must also be the decision makers and have the power to solve the problems that face them and their society. This principle finds its expression in all his music and lyrics.

Mistahi honed his craft of song-writing in the evenings and weekends having written almost 40 songs dealing with the social conditions. 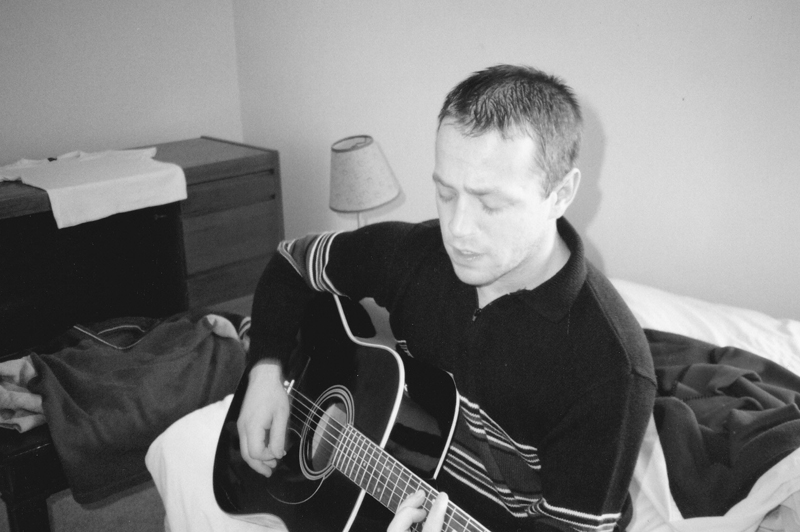 Starting out singing and playing drums as a young kid he has a musical base from which to expand. 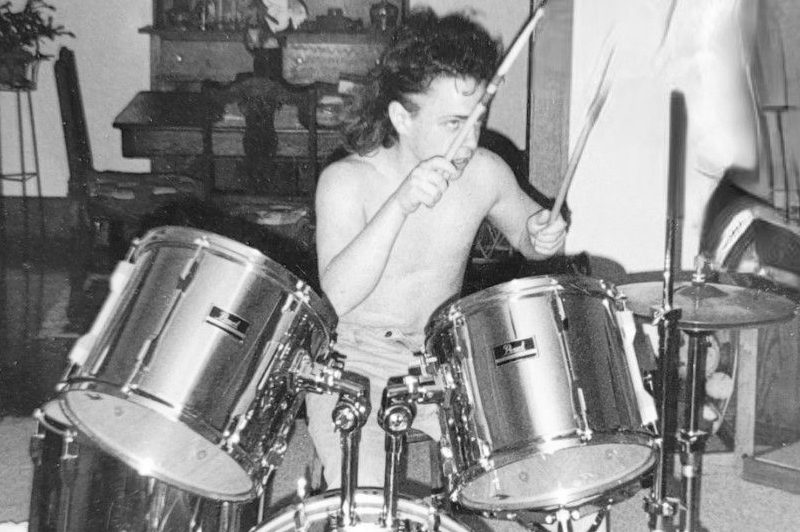 In high school Mistahi formed a band that went on to win a Saskatchewan-wide TV performance contest for original songs. 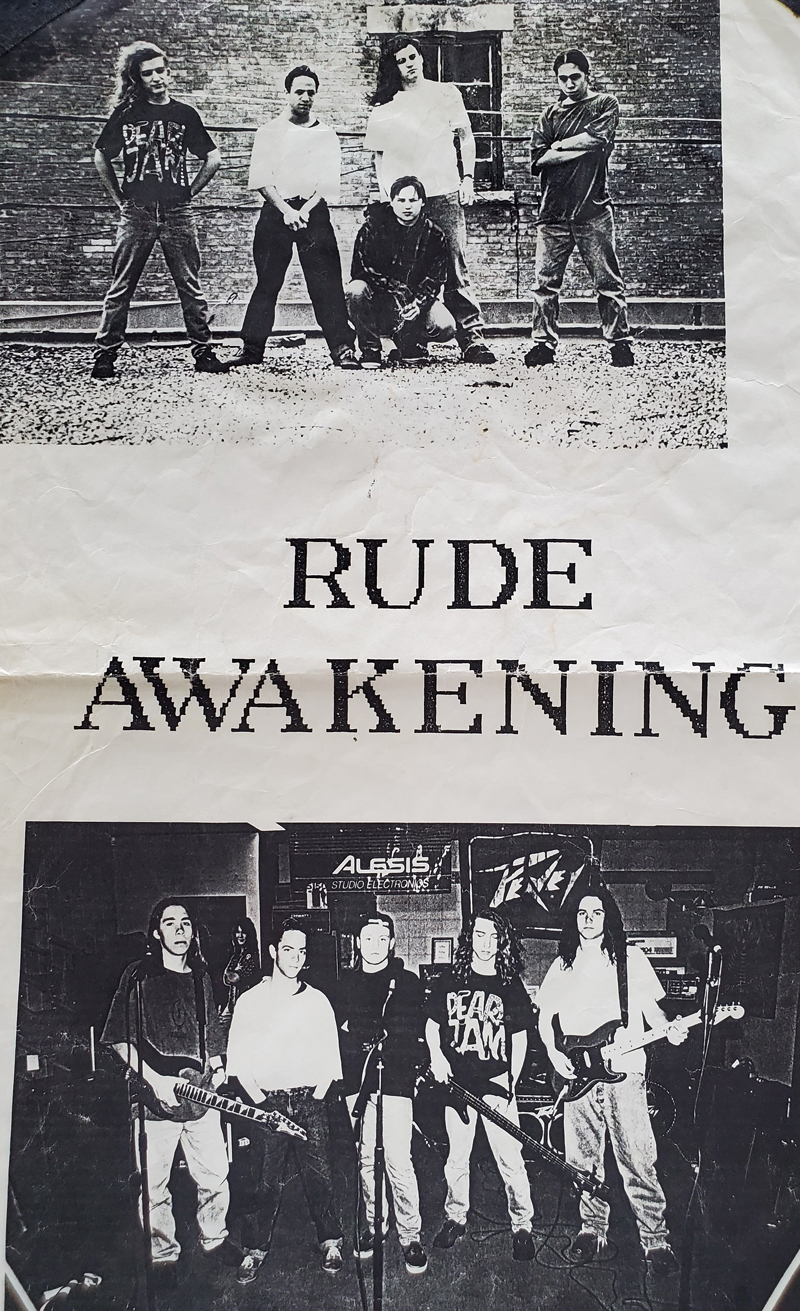 Following this exposure his band played on a regular basis alongside the biggest Canadian artists of the day at a well-known nightclub in Saskatoon called Riley's and other venues around town including Kinsmen arena and a large open-air concert for a Canada Day event. 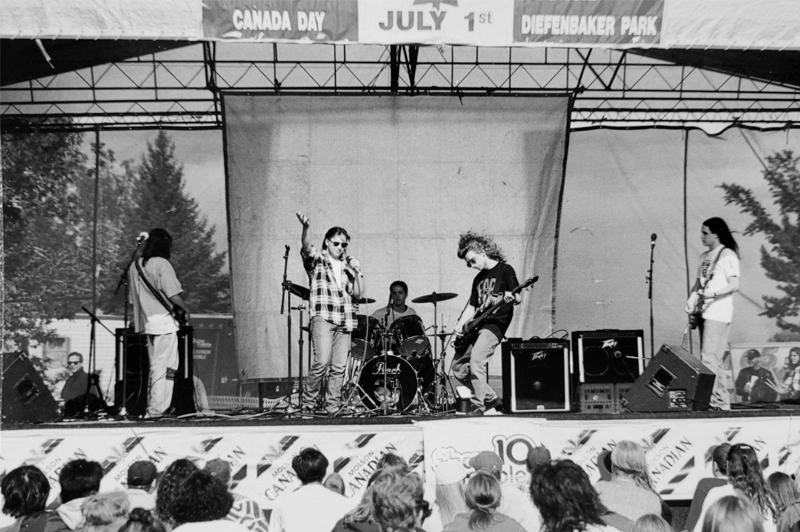 After years of rehearsals and live shows the band professionally recorded original music at Creative House Studios and by the age of 17, Mistahi was part of recording about a dozen songs in studio.

Recently during a break from construction, Mistahi took the time to record and produce Rome is Burning, a song of resistance to police brutality, released March 1, 2021. 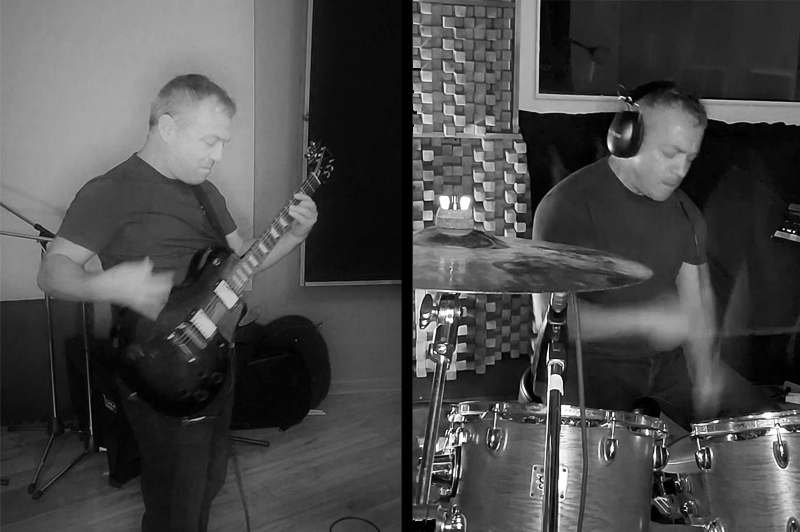 The experience was rewarding and the response so overwhelmingly positive that Mistahi decided to continue to record and produce, releasing Move On November 23, 2021.These lyrics strike a broad poetic call for the people to take up the historic task of revolution. 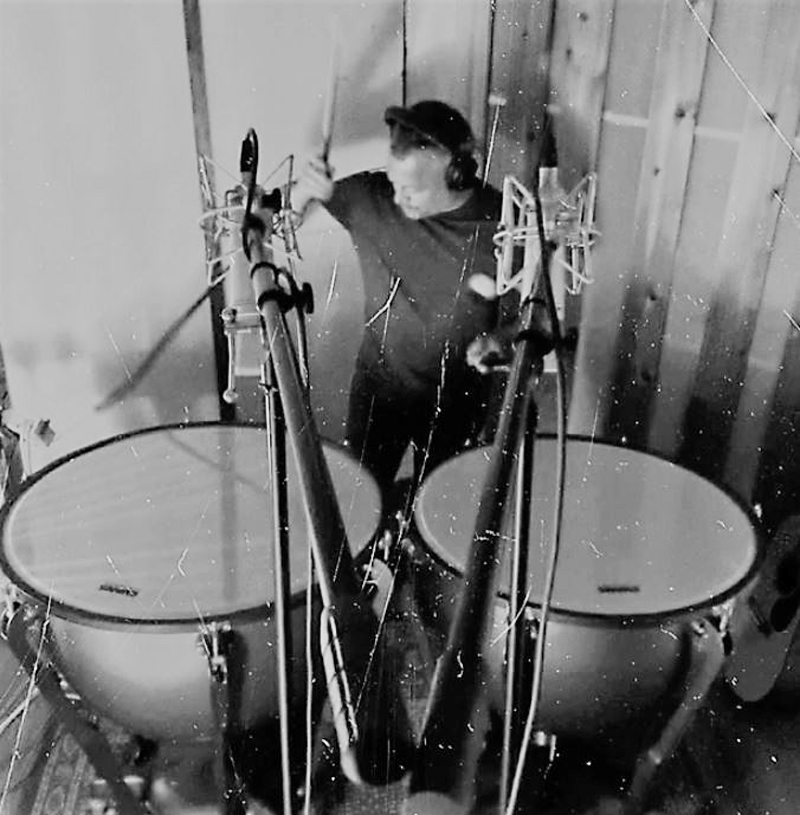 The videos for both songs highlight the struggles of working people for rights and justice and the need to be at the centre of all developments. 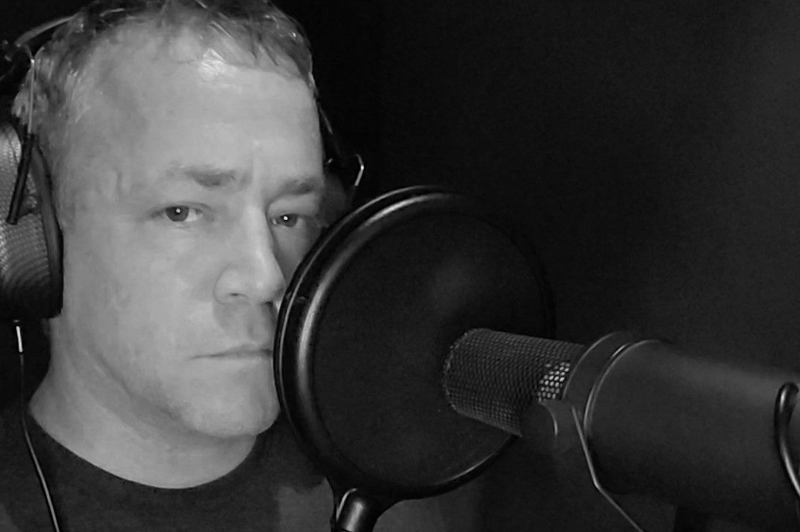 Sending the songs/videos to the people has been challenging due to the interference of the big tech companies that control the communication utilities. Twitter and Facebook banned Mistahi's social media accounts without explanation while YouTube restricted and demonetized Rome is Burning. This reflects the growing trend of obstruction, repression and attacks the people face when they stand up for their rights.  The global oligarchs use violence and censorship at home and abroad to protect their privilege, wealth and power to perpetuate their rule over the people. 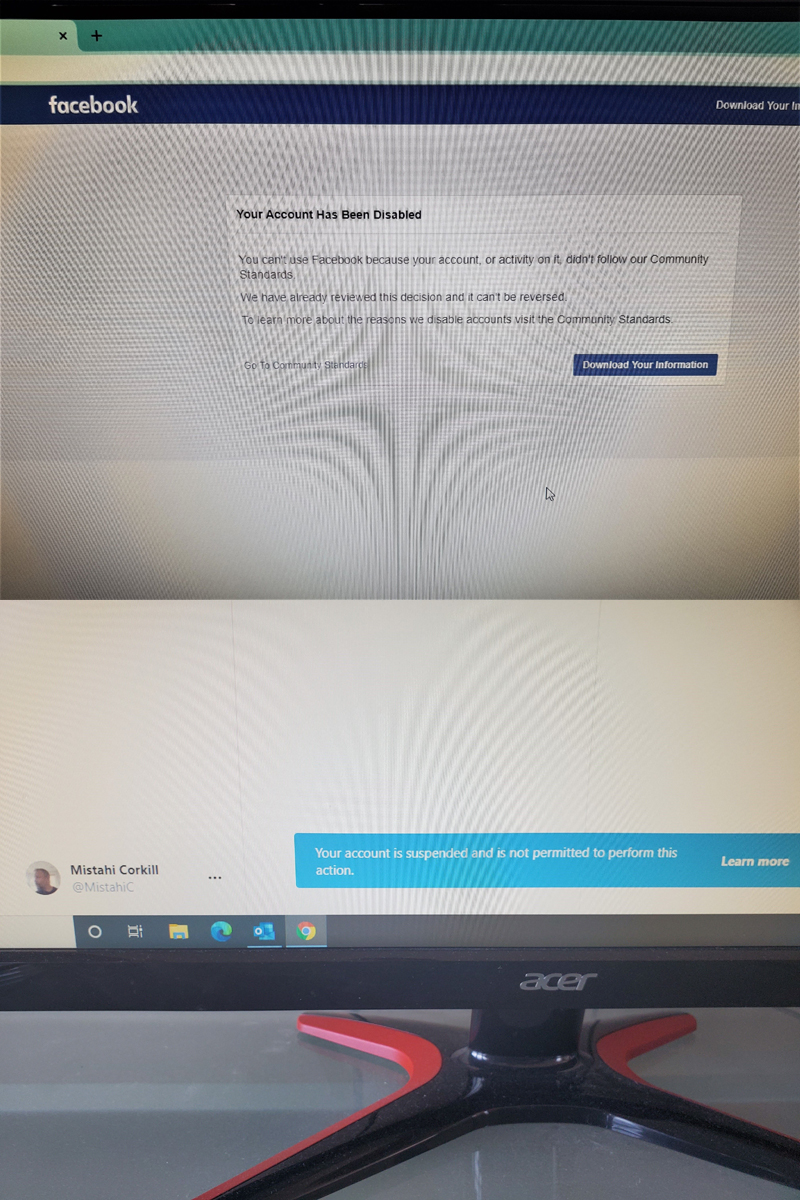 While putting together the bio, Mistahi made it clear that out of all the songs he has written and plans to record, not a single one is about individual love, his personal feelings, nihilism, hedonism or any type of cryptic message. The songs are about the reality that people face in their lives. They strive to present a vision that a new society can and must be created to end the social, cultural, political, and economic crisis. His songs are a departure from most popular music of the day and reflect a different direction and aim for music.

He concluded the bio by saying not much else can be added for the life of an individual worker is not glamorous but together as a united force with their own thinking and outlook, workers can create something spectacular, important and beautiful. One day with their pure hearts and principles devoted to building new arrangements and by working together, this great humanity will establish a new society that recognizes the rights of all. Music for Change has fidelity to that cause.

Funny to see, Rich men give to charity, When it’s their system of greed, That leads to poverty

They think they’re saviours of humanity, Talk about such sick irony,

Read that sign that says, “Helping the homeless since 1906”, Why not wipe it out?, Or is charity a career itself,

Dealing with symptoms, not solving the problems, To avoid changing the status quo, So rich stay rich and rule the world,

Can you say two faced, Saints with hidden blades, Don’t be fooled, Unmask the truth, Your heart is in the right place,

In the name of high ideals, The big powers scorch the earth, With all of the death and destruction, You try to pick up the pieces,

This could go on until the end of time, Unless we stop them and end their crimes,

Fire it burns in your soul, Fire it lights up your heart,

You oppressed all over the world, Something is calling move on,

The fire, the water, the burning desire, For a world that meets the needs and rights of all – stand tall,

This old world has to go, Like the kings who hoarded the gold,

Love it fills up your soul, Love it lifts up your heart,

Not of one, of a few - but for all, This Humanity breaking down walls,

The fire, the water, the burning desire, For a world that meets the needs and rights of all – move on

The story goes you’re gonna make it if you try,

Like the sheen of a rotting fish, The glitter just dazzles,

For everyone who’s filthy rich, A million must suffer,

So start your climb up the money tree, The best slaves are those who think they’re free,

Oh say can you see Rome is Burning, Oh how it burns, Oh feel the burn,

As life unfolds the people struggle to make ends meet,

Look around, what you see, the hunger, the homeless, the powerless streets

On your mind the need for change, channel your pain and your rage,

Stand up and link your arms for strength, Shout it out to the police state,

I can’t breathe that’s why I take a knee, We won’t take your new form o’slavery,

Make no mistake, racism starts with the state,

To divide and rule the working class to keep us broken, not building the new

Lessons of history revealed, Organize or be displaced,

The rulers have no solutions, Only violence, wars and jails,

Stick together and fight for your just claims, Workers united will prevail,

Hear the warmongers speak, “NATO must expand to the East”,

“Trust us”, they say, “Russia and China are enemies”, “They won’t get down on their knees!”,

But we know who’s to blame, For the path to WWIII,

Empire leaders of the day try to hide their crimes away, War in the name of peace,

But we know what to blame, Their bloody crusades,

They spread fear - lies - and hate, To justify regime change,

World control is their aim – state terror on display, Violence is their only way,

And we know who’s to blame, as the war machine gets paid,

Defend the rights of all, Don’t let them demonize the world,

Disband NATO, Bring the troops home, It’s the only way to peace,

‘Cause we know who’s to blame, So raise up your fist and sing,

Your donation goes towards creating more music for change!

Please send your message below. We will get back to you at the earliest!